For those who don’t know much about anime, Naruto is a boy who is trying to become a Ninja. He is known as a troublemaker who speaks his mind. His journey is one of learning cooperation, discipline, and most of all, when appropriate, to speak out and break the rules. Maybe we all have a bit of Naruto in us that needs to be tamed, while others might need to be more like him by speaking out when the time is right.

These Naruto gifts are for fans of the series, but also for those who like anime or manga in general. However, this gift list would be lacking if I didn’t include related items from Japanese culture itself. Whether you are into anime or not, you will probably find gifts you want to add to your own wish list.

If you have watched the show, you know that Naruto is obsessed with ramen noodles. However he also likes red bean soup. Get a Naruto fan a cool ramen bowl to use for either noodles or soup.

Most of the Naruto ramen bowls come with chopsticks. However, if you choose a set that doesn’t, you can give them some anime chopsticks as an additional gift, or stick a set in their Christmas stocking.

Then get them a cool ramen cookbook, so they can become a master ramen chef and maybe even start their own ramen restaurant.

Although Naruto himself has no tolerance for alcohol, others are seen drinking in the series, such as Tazuna and Rock Lee. In the Americanized version they don’t actually show what they are drinking, but I think it would be fun to try some Japanese whiskey with these Naruto shot glasses.

For those afraid they might end up with Naruto’s tolerance if they drink whiskey, give them some pint glasses. Then add some Japanese beer such as Sapporo or Asahi instead.

Throughout the series, characters are shown celebrating with Sake. Give them a traditional Japanese sake set so they can toast to their next achievement.

She can get all dolled up like sexy jutsu, with a set of makeup brushes displaying anime insignia on them. This makes a great stocking stuffer.

She will enjoy wearing a pair of earrings with symbols from the show, such as the kunai knife or the red cloud. You can also get her a Naruto anime necklace.

Does she like surprises? Give her a Naruto tote and then slip some jewelry and the makeup brushes inside.

Tea is a big part of Japanese culture. It has its own ceremonies and rituals. Why not get them an exotic Japanese tea set?

Some of these rituals form around hospitality and include confections with the tea, as in English tea time. To learn more about these rituals, give them a book about tea if they have expressed an interest in Japanese culture.

Don’t forget the most important part of the gift, some actual Japanese tea. While often Japanese tea ceremonies use matcha, a powdered green tea, it is ok to use tea leaves. We won’t tell.

Kids will love collecting these action figures and acting out scenes from the series. When I was a child, sometimes a well meaning relative would get me a toy I already had. However, with Naruto it doesn’t matter. If they already have a Naruto action figure they can just pretend Naruto used a cloning jutsu, as he does in the show.

Others may want to collect trendy Funko Pop Naruto figures.

For the tiniest fans, let them cuddle up with a Nine Tail Fox plush.

Older kids, teens, or adults who are into Japanese culture, may like Japanese shop building block sets. While not actually Naruto themed, these building sets contain shops and street scenes with figures from Japan. I am thinking of introducing these to my teen who is into manga and anime, and who has always had a healthy obsession with Legos.

Teens will love showing off their fandom with a Naruto phone case or a case depicting one of their other favorite anime shows.

You can also get them a Naruto popsocket to prop up their phone while streaming Naruto or watching videos.

Guess what? You can even give them a Naruto airpods case!

Wouldn’t it be cool if they could munch on Japanese snacks while watching their favorite anime series? They can. The best part is that you can give them a DIY Japanese candy making kit to create their own. Some of these candies mimic foods like sushi or burgers. There is even candy that looks like Naruto’s favorite ramen noodles!

Then give them some Japanese soda in a variety of flavors to wash down the treats.

If you think making their own candy is too much, give them a Japanese snack box filled with an assortment of delights. Talk about being immersed in Japanese culture!

Ninja gift ideas for Naruto fans who are adults

My son studied Japanese martial arts for many years and developed a great respect for the culture. He ended up buying a real Japanese sword to display in his room. The funny part was that he bought it in a Japanese pavilion at a theme park. Since it was a weapon, he wasn’t allowed to get it until we left the park!

He also had some ninja stars that he used during his training, but you can get a set of Kunai knives like the ones they use in Naruto.

Ninjas are in great shape. Get them a Ninja obstacle course for the yard so they can train like a ninja. This gift is appropriate for kids too.

Bonsai trees need the same patience and care that are necessary to grow a relationship. In later episodes of the series, after Naruto gets married, he often cares for Hinata’s plants. Give a Naruto fan a bonsai kit as a symbol of this nurturing love.

Hinata, Naruto’s wife, enjoys the art of pressing flowers. As a romantic gift for her, give some pressed flowers encased in glass, as a symbol of your everlasting love. However, if she would like to press her own, you can give her a pressed flower kit instead.

In many episodes, Naruto’s trainer is shown reading a book. We assume it is a training manual. However, it is a running joke throughout the series. He is actually reading an adult romance novel. You can give a Naruto fan a copy of the Icha Icha Kakashi Book or a journal with the book theme.

A Naruto coffee mug makes a great secret Santa gift for a Naruto fan. Some even have lids. This gift isn’t just for adults. Kids can drink tea or hot chocolate from it.

Do they like to sleep in and have their coffee on the go? Give them a travel tumbler instead.

Kids and adults alike will like a quirky lunch box, with either images from the series or with a ramen noodle theme.

They can emulate their favorite characters with a hoodie decorated with a Naruto emblem.

You can give them a cool Naruto T-shirt to wear by itself or underneath the hoodie. Then give them some socks to keep their feet warm.

If they don’t like hoodies, you can give them a jacket instead.

You can even give them a cool Naruto backpack to carry their gear in. Ok, I know a backpack isn’t clothing. However, it is technically something to wear so I am including it anyway.

Buy individual books, or splurge and give them a box set for a Naruto Christmas gift.

Books on how to draw anime or manga characters make a great gift for the budding artist.

Host a marathon binge watching session with a box set of the anime show. They can pop some popcorn. No, wait! They can grab some Japanese snacks and soda to share with friends instead! You can even get them an original soundtrack from the show.

Naruto gifts for their room

Are you looking for a gift for someone obsessed with Naruto? Why not decorate their room with a Naruto theme? Get an LED light that changes colors for ambiance.

Add some cool posters for the walls. Then get a throw blanket for an extra cover for the bed.

Naruto gifts for a boyfriend

If you are looking for Naruto gifts for him, these watches aren’t the gaudy fan watches made for little kids. They are classy and discrete, while displaying symbols or graphics from the series.

Or get him a men’s kimono for lounging around the apartment.

Does he play guitar? You can give him a pack of Naruto guitar picks.

Or maybe he just needs a new wallet.

Keep their head warm with a Naruto themed beanie.

Of course everyone wants the famous headband. Did you know that originally Naruto had a pair of goggles? The goggles were difficult to draw over and over, so they decided to use the symbolic headband instead.

Don’t let them get caught out in the rain. Give them an umbrella with a Naruto design as an extra accessory. 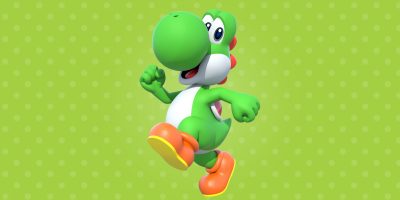 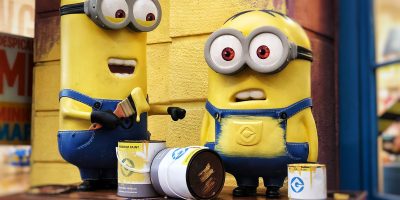 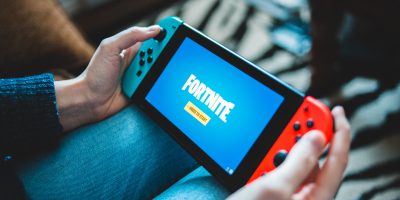 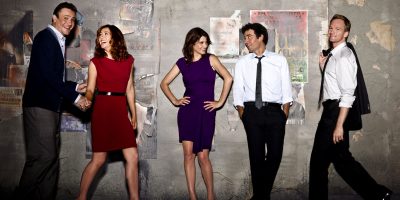